Churches and places of worship

From a pastoral visit in 1702, it would appear that the first St. Martin’s church, whose structure was used as a basis to build today’s church of the same name, was a parish church. In 1753, St. Martin’s church was restored by the parish priest Ambrogio Zaccaria and his nephew, the chaplain Antonio Zaccaria, who finished the work started by his uncle.

There are currently five altar pieces in the parish church of St. Martin. The artwork on the largest altar, wrongly attributed to Palma il Giovane, dates back to the start of the 17th century and is dedicated to the “Madonna della Carità” (“Our Lady of Charity”): it actually probably came from the ancient “St. Mary of Charity” church. When decorating the church, Don Ambrogio Zaccaria turned to the painter Antonio Marinetti, known as the “Chioggiotto” (“the one from Chioggia”). In 1762, he commissioned this artist to paint two altarpieces: the first depicting Our Lady of the Rosary, as probably suggested by the confraternity of the same name, and the second showing St. John the Baptist in order to remember the important church of the same name, home to the ancient confraternity of the “Battuti di San Zuane” (John).

Back in 1770, as is still the case today, a local festival would be held to accompany the mass on 11th November, dedicated to St. Martin, as the church is dedicated to him. 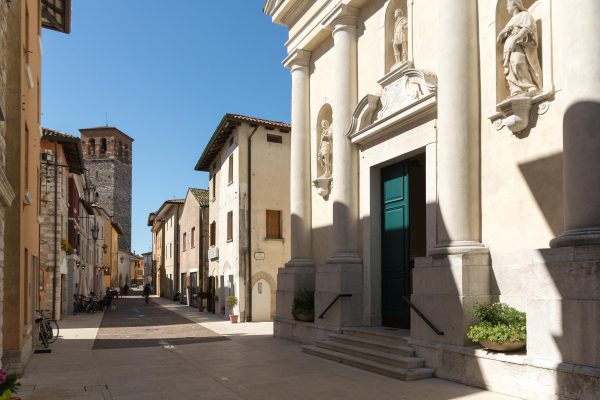 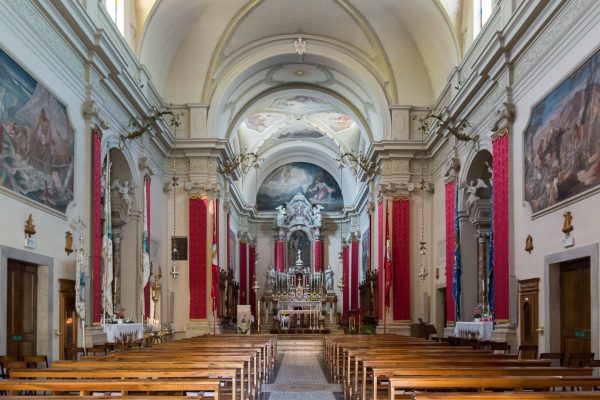 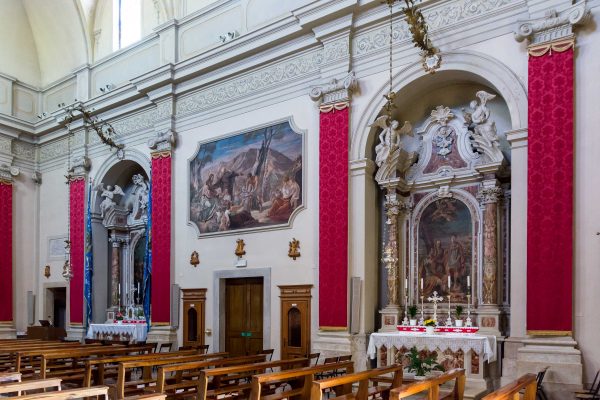 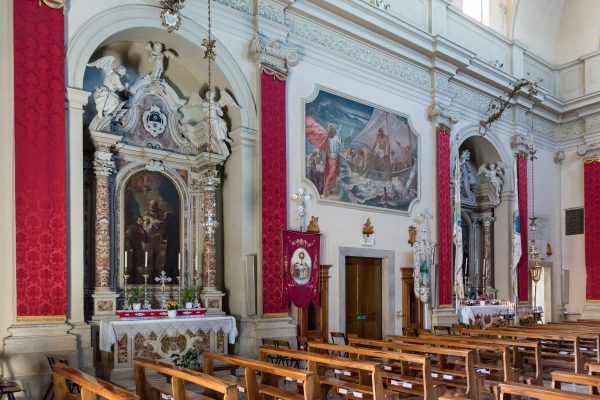 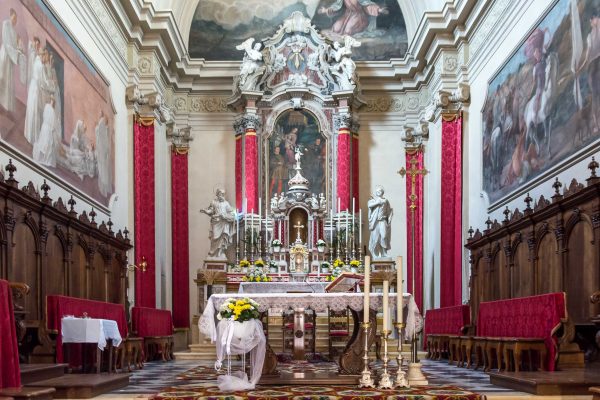 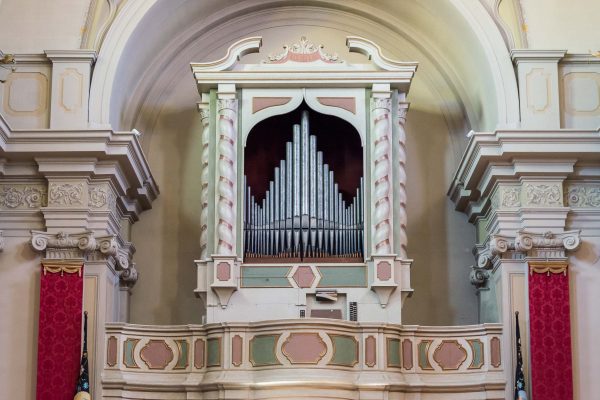 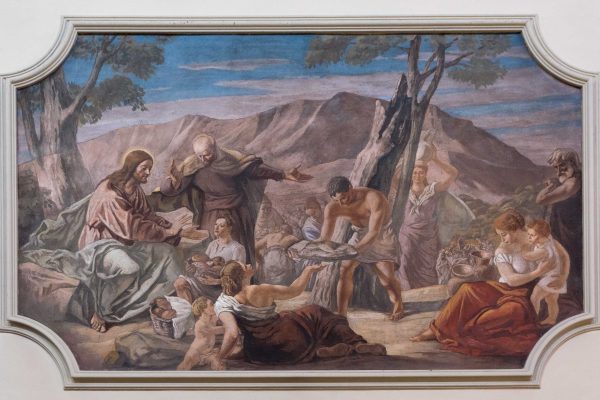 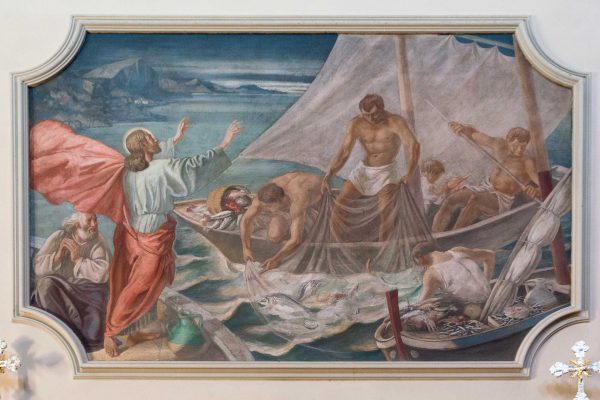 This church’s only main altar is home to the statue of the Virgin Mary, which is worshipped with a big party every three years, coming from the church of Madonna dell’Albero (formerly St. Rocco’s). In fact, the last triennial celebration, held in 2016, saw thousands of believers flocking to what is considered to be the most important religious festival in the Bassa Friulana. This festival is accompanied by fireworks that are set off late at night, as the boat transporting the Virgin Mary, lit up like a star, slowly passes by. Along the pier, thousands of worshippers sing, pray and cry for the “Virgin Mary of miracles”. In fact, in ancient times, people would come to the procession from all over Friuli in order to receive its benefits. 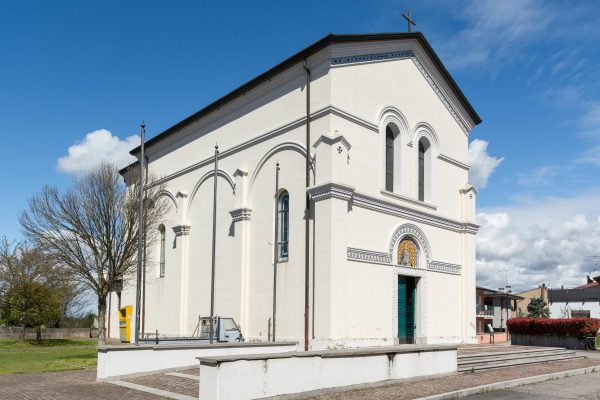 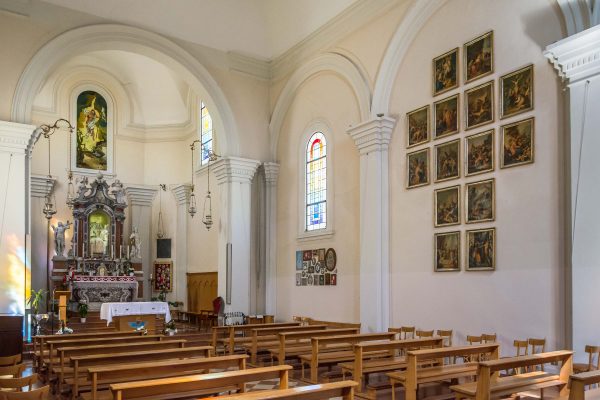 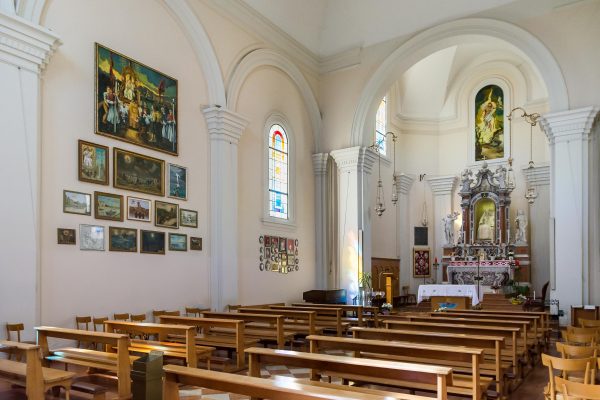 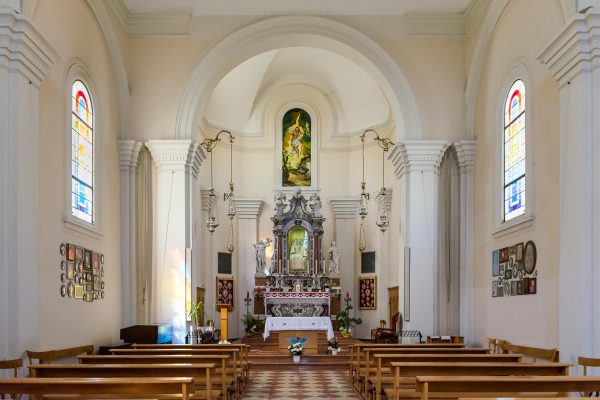 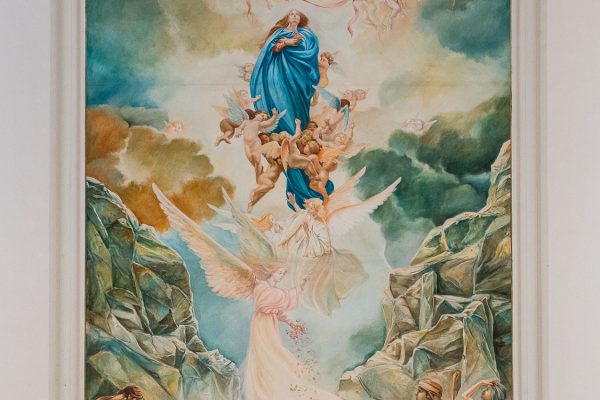 St. Vito’s church in the cemetery

This small church (no longer in existence) was situated on the road of the same name at the entrance to the cemetery, and had a bell gable. This was home to some preserved circular paterae from the XII century and other friezes. Today, there is a small church inside the cemetery.

The festival dedicated to St. Vito and friends, i.e. San Modesto and Santa Crescenzia, is held on 15th June and is a traditional celebration with ancient roots, as can be seen by the fact that it was already considered ancient back in 1772: the festival actually dates back to 1540, the year in which St. Vito was named patron saint in the ancient Community Charter. 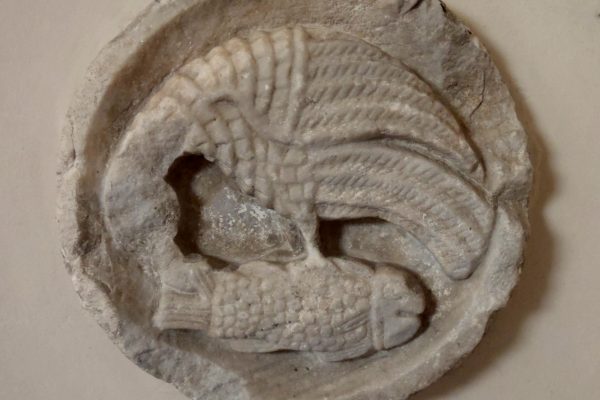 St. John the Baptist church (no longer in existence)

It is still believed today that this church was the oldest in the local area and is where the synod of bishops was held in the VI century AD: the synod or meeting of 18 bishops from the jurisdiction of Acquileia, which included a vast area in the north of Italy and part of what is today Slovenia. During this meeting, the issue of the schism of the Three Chapters was discussed, the Aryan phase, which was considered a far cry from the text of the doctrine imposed by Ravenna and that wasn’t well suited to western Christian dogmas.

For centuries (at least until the XVI century), this church was home to the “Battuti” confraternity, the flagellants who used to beat their own backs.

Maps show a church facing north-east, with a bell gable. At the end of the XIX century, during the work to renovate “Case Operaie” square, some historians from Udine described the foundations of the church that had been rediscovered, describing its dimensions and providing historical notes on its positioning in historical-architectural terms.

St. Rocco’s Church or the “Madonna dell’albero” church (no longer in existence)

This small church was situated at the entrance to the town, where the monument now stands to honour the many soldiers who died at war. It was dedicated to St. Rocco, a saint who was thought to be a healer to cure the plague. On 1st August, the community would hold a procession, as on the 16th of the same month, the day dedicated to St. Rocco, to give thanks. This procession first started in 1631, the year in which the plague came to an end, leaving the town with only 17 inhabitants.

We wouldn’t be far from the truth if we supposed that, during the wars of Gradisca in 1617, Venice had considered the statue of the ‘Virgin Mary on the throne’ to be war booty. The statue was considered miraculous and so Venice would have taken it to the small church, which was already called St. Rocco’s, which is why it then became known as the church of the “Madonna dell’Albero”. In 1898, it was believed that the small church should have a more suitable location, more appropriate to its contents, i.e. the statue of the Virgin Mary which, in ancient times, had been miraculously found on a tree. So, it was decided to build a new church, the church dedicated to “Our Lady of Health”, which was opened in 1905 as a sanctuary.

St. Peter’s church or the Church of the Rosary (no longer in existence)

The church stood in Piazza dei Forni, and was a place of worship until at least the 1930s. During work to renovate the area and build the ‘I. Mazzola’ tuna canning factory, the church was demolished and incorporated into the gatehouse buildings.

Church of the Blessed Virgin Mary of Mount Carmel or St. Anthony’s (no longer in existence)

The prior of the confraternity of this church reported that the cloths covering the altars inside were always damp, if not even wet, due to the fact that the building was too close to the town walls. It survived until around 1750. The altar that was salvaged from this church can now be found underneath the tower.

Church of St. Mary of Charity (no longer in existence)

During the pastoral visit in 1661, the church of St. Mary of Charity was turned into a parish church and had three secondary churches: St. Vito’s, St. Anthony’s and St. Rocco’s. It was also visited in 1693.

We presume that the church of St. Mary of Charity no longer existed already by the start of the 18th century.