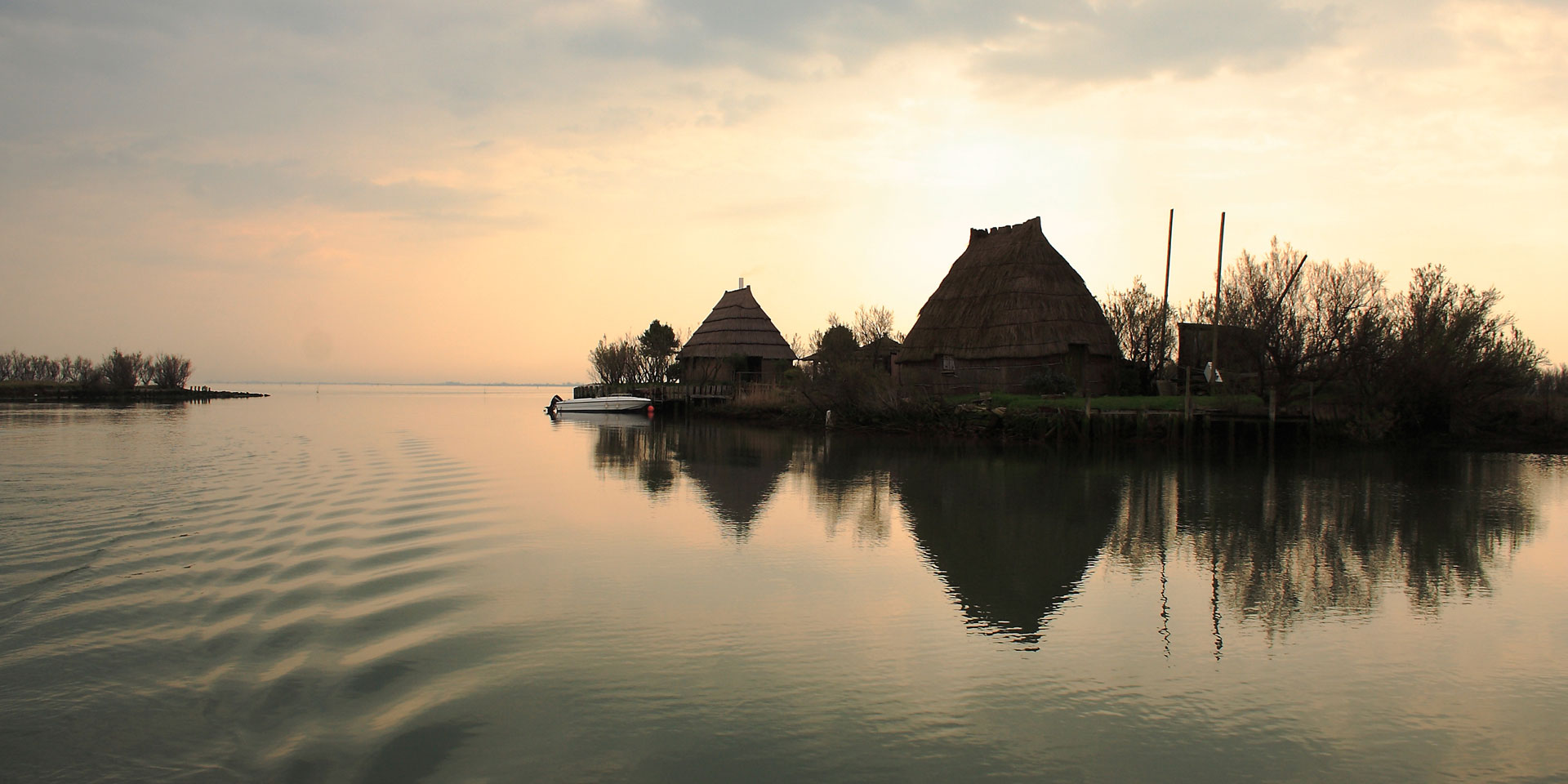 Marano’s “casoni” are the buildings that symbolise the lagoon. They are a type of hut that are typical of the Friuli Venezia Giulia region and have been preserved in a much more traditional way in Marano than in other places. In fact, these huts have a rectangular base with rounded corners both around the perimeter and on the roof. They are covered in marsh cane that grows abundantly in the Marano lagoon. The materials that these huts are made from are those that nature and public use allow: historically, reeds have always been readily available in the surrounding area, together with wood from false acacia, elm and acacia trees which were used to make the support structure. Marano’s “casoni” have always been built on a platform of artificial mud known as “mota”, created using a spade that allows mud to be collected from the nearby canal. The perimeter of this platform is covered with rocks or stakes. 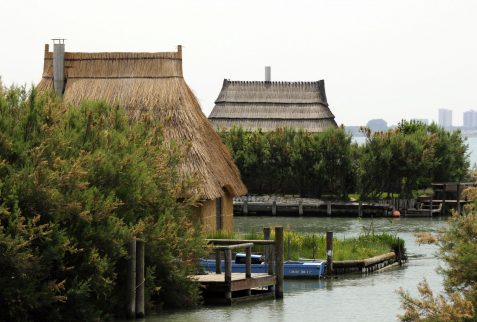 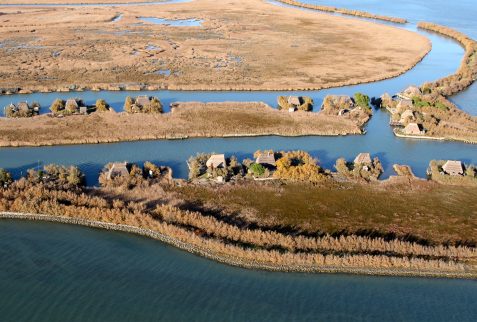 Marano’s traditional huts are different from the ones in Grado, as they have maintained a more traditional shape and materials and therefore show no signs of the historical technological developments that otherwise saw the perimeter walls being made first with adobe, then with bricks and then with stone. We are therefore presented with a series of buildings whose origins are lost in time and whose destiny is intertwined with that of Marano’s inhabitants.
Originally, Marano’s “casoni” acted as a shelter for hunters and fishermen throughout the year, except for the coldest winter months, which is why these huts cannot be considered as temporary structures. The mud platform would be made as high up as possible in order to guarantee protection during exceptionally high tides that submerge the entire lagoon, therefore representing a constant source of comfort for the building.

The huts were characterised by a narrow room inside, clay/beaten earth flooring and a single opening – the door. There would be a fireplace in the centre (in local dialect: “el fugher”) and some beds. Marano’s “casoni” became redundant for fishing purposes but were then rediscovered at the end of the 1960s and, for the last 60 years, have been used as a “good old Marano retreat” during weekends and as a place of work for Marano’s tour operators.

The most substantial upgrades to the huts have been to raise them higher and introduce windows and fireplaces. More innovative materials and building techniques are now also used due to the uncertainty surrounding the possibility of the canes being cut down. The casoni require constant maintenance, from the mud platforms to the breakwaters that need to be replenished after storms, not to mention the lawns that need mowing, the fruit trees, the ancillary buildings, the jetties for boats to dock, roofs and the external layer of cane that has to be replaced every 4-5 years (although, in some cases, this is necessary after just one year). That’s why looking after one of these traditional huts requires constant work that needs a tireless and flexible approach. Looking after a “casone” is a little bit like looking after a Japanese bonsai tree day after day.
Marano’s casoni respect architectural traditions, but also nature; in fact, half of them are situated in the Foci dello Stella Regional Nature Reserve, promoted by the hunters themselves. It is important to remember that these traditional huts were there before the Nature Reserve and that it was the awareness of their owners that allowed this area of unique biodiversity to be preserved and promoted, despite being in daily contact with humans. 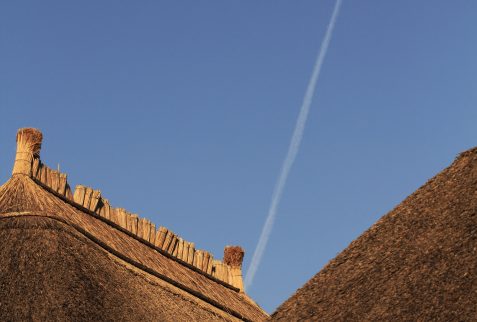 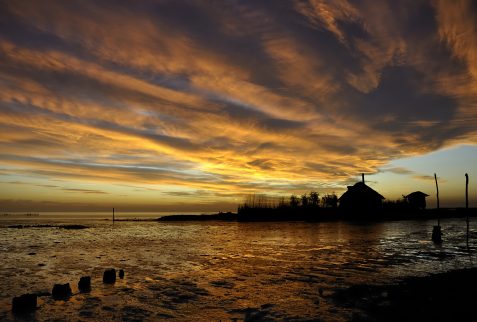