Notes taken from the historical research carried out by Mons. Elia Piu, the parish priest of Marano, to whom we are sincerely grateful.

“A traditional Christian community…”, this is how the Christian community of Marano is defined from an outsider’s point of view or by anyone who has taken part in one of its most important religious festivities or celebrations. In a certain sense, this is true because much of the town’s way of experiencing religion, from both a personal and community point of view, has been passed down from previous generations. Over recent years, after the Second Vatican Council, there has been a great temptation to simply wipe out processions, prayers and hymns, decorations, and outdoor events deemed to be outdated and no longer in line with our needs today.

To its credit, Marano has resisted this temptation and hasn’t let itself become standardised, it has overcome criticism and feelings of condescension, allowing it to preserve an identity that, as time goes on, not only makes the local community very proud but is also recognised and appreciated by outsiders for its uniqueness.

Today, everyone speaks of the modernity of the past and dreams of an unspoilt, pre-modern world. “It’s certainly no coincidence that the ideology that works for most people, and that will become increasingly popular, is based on ecology – no longer on the myth of the future and progress but, quite the contrary, on the past. Paradise on earth is no longer ahead of us, but behind us. Today, we protect things, we demand restoration, remaining as true as possible to anything that is a couple of decades old, because we’re sure that what we’d build in their place would be worse… This represents a quantum shift (V. Messori in the Catholic newspaper “Avvenire”, 4.6.89).

To illustrate this point, I believe the best way to talk about these traditions is to run through the most important events of the year and, one at a time, present the unique gems that remain as well as the customs that, unfortunately, no longer exist and live on only in the memory of the more elderly residents. When looking at the contrast between “THEN” and “NOW”, you’ll see how some very popular customs have been lost. However, many have been preserved and they are what make the Christian community here in Marano so unique.

A few are listed below, but we invite careful readers to refer to the full version of the document for further information.

“San Vìo, el mejo santo che gà Dio!” “San Vito, the best Saint God has!”. This is how the locals from Marano see this saint who they have been worshipping for centuries with their traditional and famous “boat procession” on the lagoon. On the third Sunday in June, Marano gets in the party mood and welcomes the many people who want to take part in this heart-felt and popular procession that winds its way all the way to the inner part of the lagoon, with devotional songs and prays. The procession makes its way to the small church at the cemetery, dedicated to “San Vito”, where the solemn Mass is celebrated with songs from Marano’s ancient patriarch tradition. The famous fish festival is also held in the former fish market area, full of kiosks offering excellent fish specialities.

Marano has also inherited the pious worship of the “Madonna della Salute” (“Our Lady of Health”) from Venice. Every three years, in August, the statue of the Madonna, normally kept in the Shrine, is displayed in the parish church for prayers and worship of believers. This lagoon town changes its appearance during this month. It is adorned with flags, decorated with illuminated arches and shrines for worship. Everything is prepared for the evening of the 15th when, at nightime, the boat carrying the Madonna della Salute statue moves along the canal leading to the port, accompanied by prayers and songs. The statue is slowly lit up a little at a time, surrounded by the coloured lights and thundering noise of fireworks, with the enchanting lagoon as a backdrop. There is, of course, plenty of food and drink on offer, with well-stocked kiosks offering refreshments. 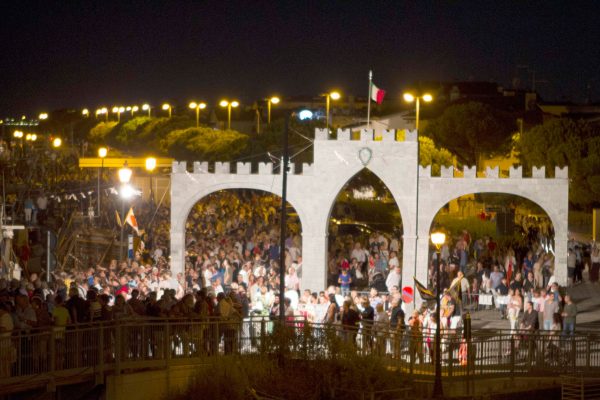 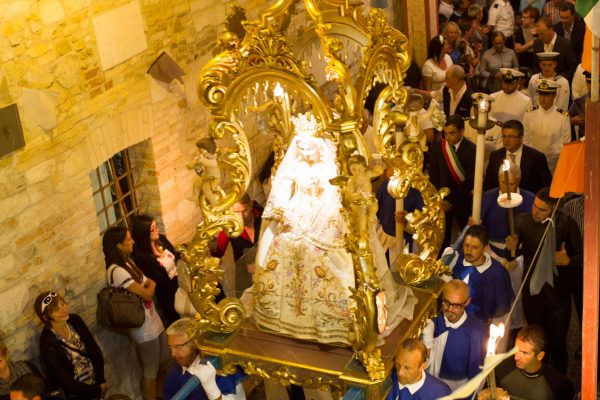 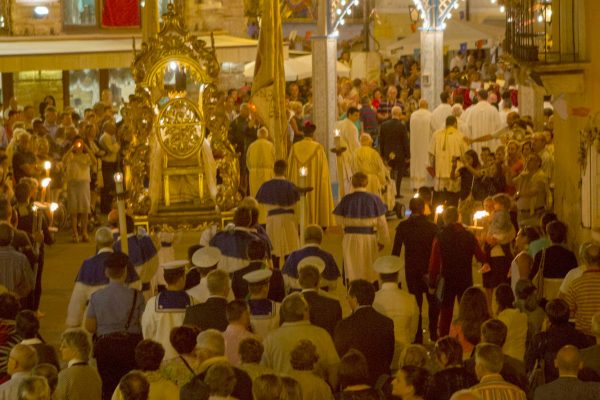 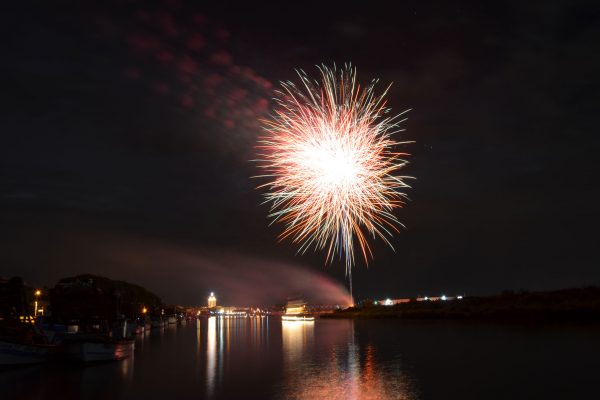 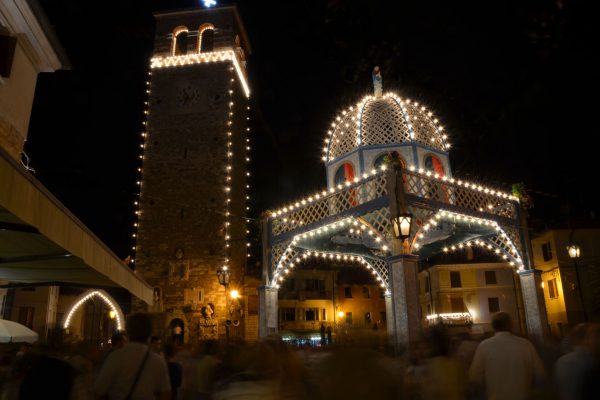 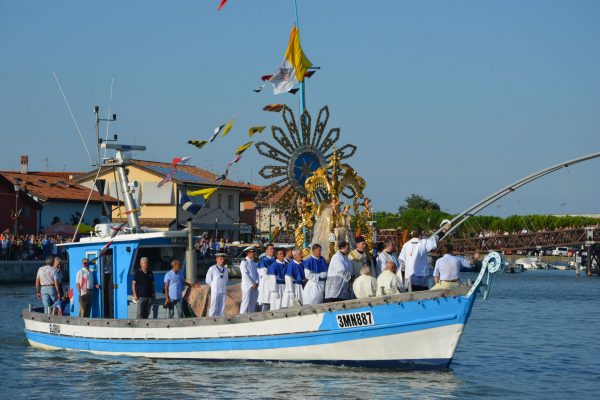 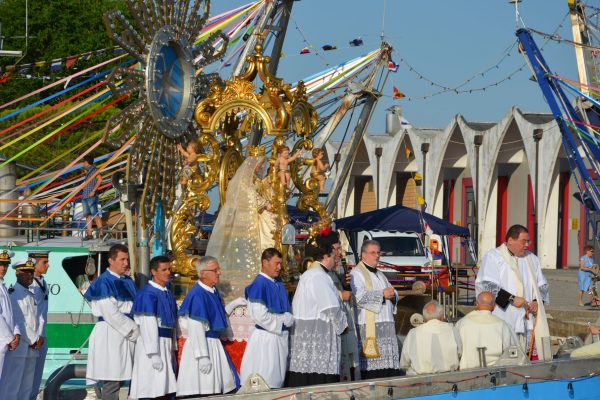 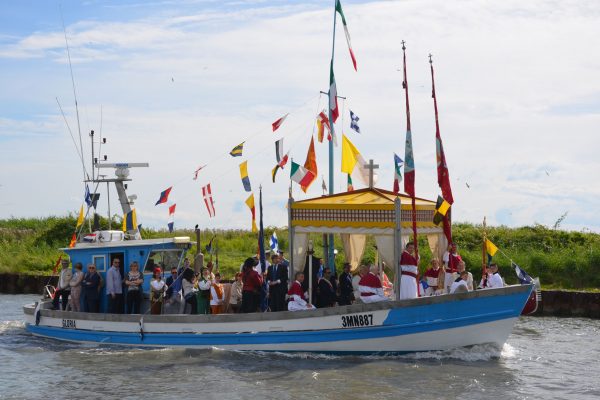 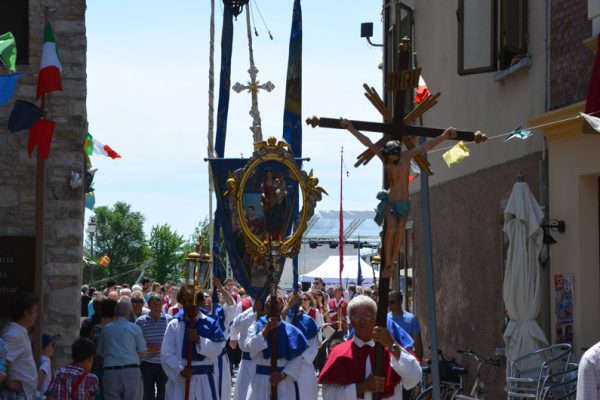 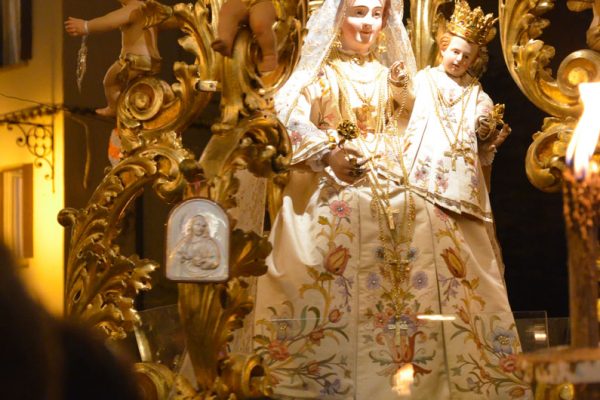 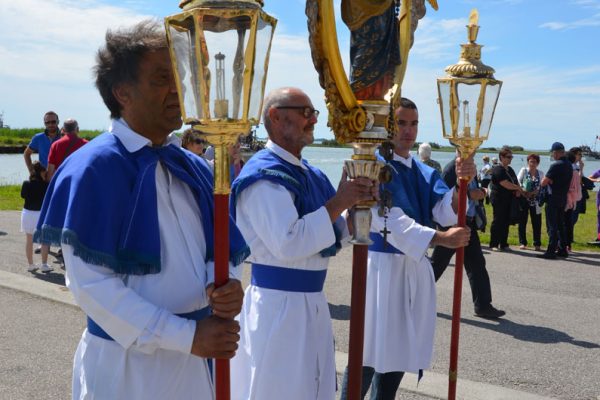 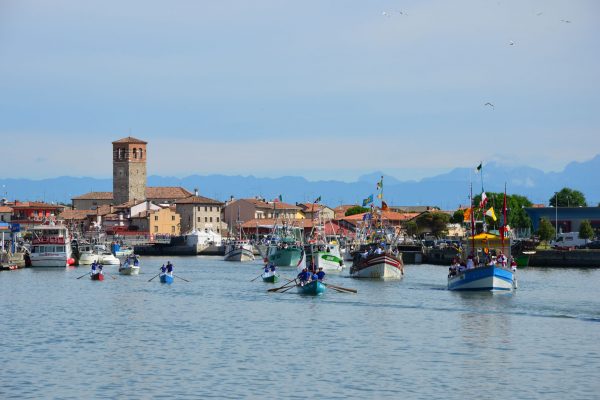