The wetlands along the coast boast great biological richness due to the fact that land, sea and fresh river water come together here, in a relatively small area, creating numerous opportunities for incredibly high numbers of biotic communities, often interacting with each other.

The unique chemical-physical conditions here guarantee a high level of primary productivity, thereby allowing for the development of a rich biological community. Considering the high flow of vital energy here in the wetlands, combined with the peculiar environment of the lagoon – the ideal habitat for various living organisms, it is easy to understand the value and importance of the lagoon from a nature point of view. 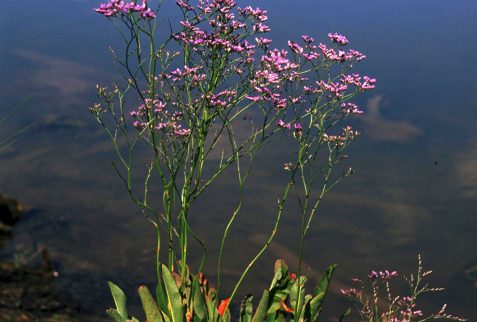 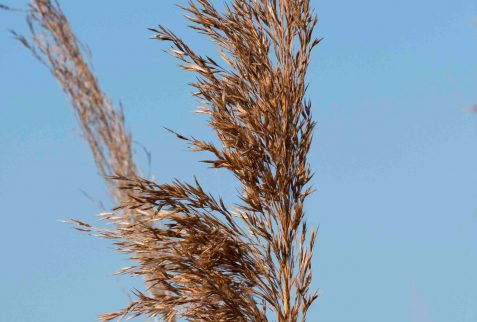 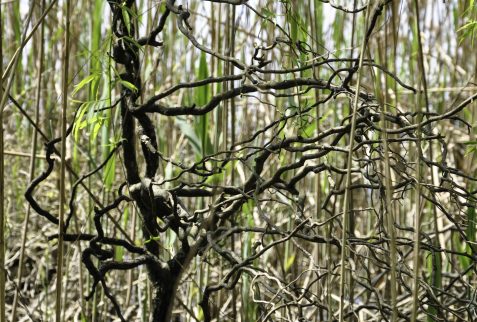 The salt marshes are an extremely delicate feature of the lagoon landscape, so much so that even only the slightest environmental changes can substantially change their structure and plant coverage.

Differences in ground thickness and the extent to which the land is soaked, resulting in different concentrations of chlorides in the substrate, are all factors that govern and affect the presence and distribution of halophytes in the salt marshes (species that grow in saline conditions, from the Greek word “alos”, meaning sea or salt). These species have adapted in order to withstand extreme conditions characterised by high temperatures, strong winds and cold weather (e.g. bora) and the presence, also widespread, of pollutants (e.g. heavy metals and chemical substances used on farmland). Halophytes are accompanied by psammophilous plants that particularly thrive on sandy terrain; this term comes from the Greek word “psammos”, meaning sand.

Pioneer species, able to colonise even the smallest of lagoon surfaces, include the cordgrass (Spartina marittima), a perennial grass with stems measuring 3/8 decimetres high. This plant has creeping rhizomes and a powerful underground apparatus, allowing it to firmly fix itself to loamy beds, helping to make the salt marshes more compact and acting as mini reed beds.

Another group that represents a succulent pioneer species is the glasswort, a plant belonging to the Salicornia, Arthrocnemum and Sarcocornia varieties, which all have very similar shapes. The glasswort contains many salts, including iodine and bromine; they contain vitamin C and their antiscorbutic properties were already recognised by the Vikings, who would take this plant with them on long voyages (Anoè E. et al., 2001).

Where the ground is more solid and cohesive, in the oldest and largest areas of the salt marshes, you can see other species such as the sea aster or seashore aster (Aster tripolium) and the sea lavender (Limonium serotinum), which give the salt marsh a purple colour at the end of the summer. The common sea lavender, also known as statice, is a salt marsh heather that belongs to the Plumbaginaceae family; the small flowers gather in a corymb-shaped panicle and keep their bright colouring even after they dry out.

In the inner most areas, where levels of salinity reduce, you can find sea rushes (Juncus maritimus) and the Suaeda maritima, which can be instantly recognised by their dark green growth. 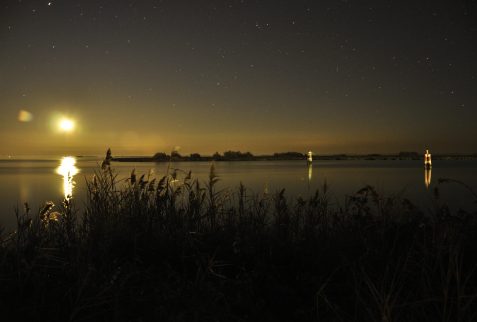 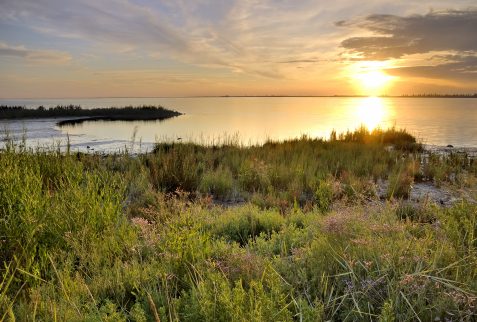 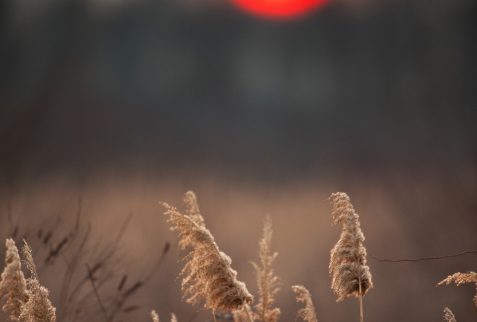